Welcome to the first edition of the monthly Mintcoin News Letter! We have a lot to cover in this one, so we’ll jump right in.

I’ll start with the biggest development in the past month (and in all of Mintcoin history); the developer has left Mintcoin and turned over all assets to the community. Jessica Hartman — a.k.a. CryptoMommy — is now the new head of Mintcoin development. You can read the entire press release here: http://mintcoin.cc/mintcoin-developer-releases-social-assets-community/

CryptoMommy has set a bounty for adding transaction by address functionality to the Mintcoin wallet. If you want to find out more, you can read the full press release here: http://mintcoin.cc/mintcoin-bounty-upgrade-wallet-manage-transactions-address-functionality/

CryptoMommy has also composed a draft of the Mintcoin business strategy. We would love to hear your thoughts on this: http://www.reddit.com/r/MintCoin/comments/2bap7c/mintcoin_business_strategy_draft/

Mc Lars has released a song all about Mintcoin! You can check out a video and transcript of the song here: http://mintcoin.cc/mc-lars-ballin-on-mintcoin-promotional-launch/

I’d like to give a shout out to Dallas5 and say thank you for his contribution to this!

The Mintcoin Fund has partnered with CoinTelegraph.com!  They have some really cool info on their site, so make sure you pay them a visit!

David has submitted NPO documentation for Mintcoin to the French government. If this is approved, we will be the first cryptocurenncy with this status!

Earlier this month, we asked members of the community what their favorite thing that has happened with Mintcoin in the past month. We heard some great things from you guys! Here is what everyone had to say:

“I personally love that the Linux Mint team started accepting donations in the form of Mintcoins. Definitely something to raise awareness of the coin and add to the family of unaffiliated, yet similarly named, products and services. (Mintcoin, Mintpal, Linux Mint)” – Scribblesocks

“My favorite thing that happened this month is the same thing that happened last month…and that is, I minted more coins then I ever have before! No surprise…saving all my mints and buying a little more each month. All I can say is Mintcoin is working out exactly as planned, it is a great passive income generator and extremely fast. Next month it will be more of the same, as Mintcoin get’s better and better the longer you hold it.” – YesManNoSir

“My favorite thing that happened so far this month with Mintcoin is that my Mintcoins began paying interest and minting more coins.” – MasterKey2

“My favourite thing that happened was that in just one month I got involved with Mintcoin & minted my first coins! I went from using a faucet and researching what the coin was about, to buying some coins, and just a few days ago getting my first minted coins! Amazing community, amazing coin, and the potential for more minting next month!” -AutocraticHilarity

“My favorite Mint-related thing over the last month was watching the minting process happen on the millions that I acquired at these insane-low prices. This coin is seriously undervalued.” – ruddsd01

“My favorite thing that has happened in the past month is that the developer seems to becoming more and more active in the community. I don’t think anyone expects constant innovations, but the developers checking in with the community goes a long way to ease concerns and build community trust in this coin for the long term. Since we all know this is a technologically sound coins, it’s nice to see more attention being paid to the community surrounding it which should only continue to draw in more investors.” – brudda

“My favourite thing is that I found Mintcoin! Have been doing research over the last few hours, downloaded the wallet, and am looking at ways to get involved!” – Cryptomonium

“I’m happy being part of this community. I just collected an awesome bounty for helping out the the social media design assets. I truly believe in mintcoin and excited to work on future mintcoin projects. We NOW accept mintcoin for font licensing!” – Max, Xerographer Fonts

“Mintcoin is one of a handful of select coins included with Moolah.io’s merchant and Point-of-Sale terminal services as well as that exchange’s storefront. Mintcoin continues to shine as a viable Alt coin and the highest percentage staking coin among these.

That’s all for this Mintcoin newsletter! Look out for another one next month!

Want to join the discussion? Feel free to contribute! 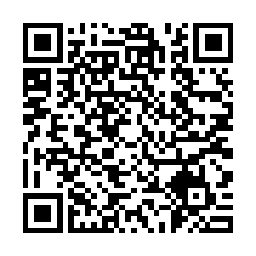